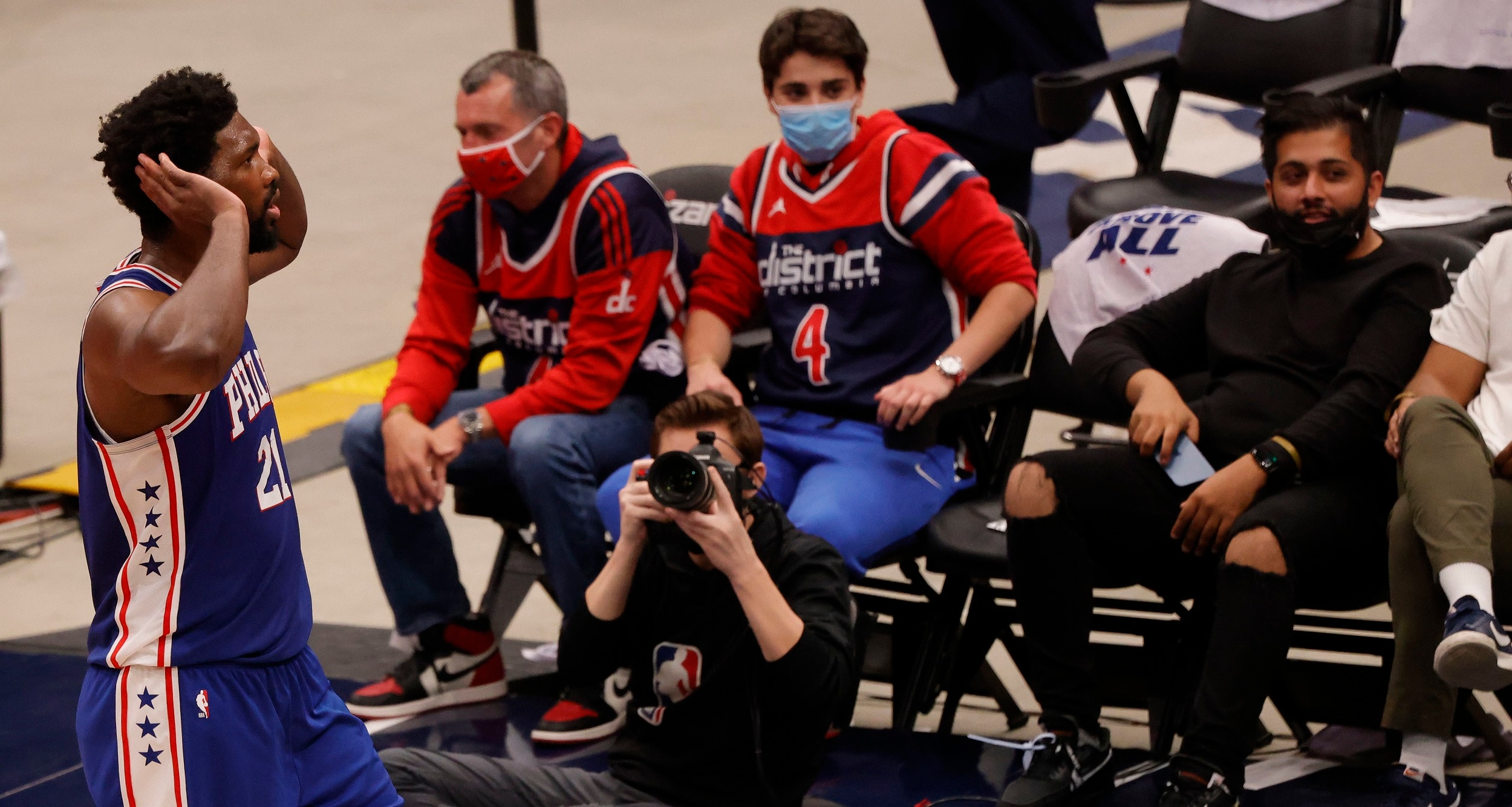 Doc Rivers had a message that technically was true but was more about caution and a stab at humility, an attempt to keep his Philadelphia 76ers  grounded after their 132-103 dismantling of the Washington Wizards Saturday night.

Down the hall at Capitol One Arena, though, Wizards coach Scott Brooks felt no obligation to keep the Sixers modest and focused. Quite the opposite, in fact, so Brooks let ‘er rip.

Three games into the first round isn’t when a team with title ambitions wants to peak. But after their complete performance in pushing Washington to the brink of elimination, it was hard to imagine Philadelphia playing any better than it did.

By the numbers or by the highlights on the floor, the Sixers had the sort of performance they – or any other team, for that matter – would kill to be able to bottle and tap into at will:

Embiid scored a career playoff-high 36 points, making 14 of his 18 shots in the process. He did it from all over the offensive end, sinking three of his four 3-point attempts, yet punishing Washington in the paint with dunks, post ups and even a slick driving reverse layup.

“He’s really picking apart teams’ defenses,” said Tobias Harris, part of a starting lineup that combined for 100 of the 132 points while shooting 40-of-62. “He’s just a really tough cover. When teams double-team him, he’s able to make shots with two guys on him. When that happens, opposing teams, there’s only so much you can do.

“His playmaking ability out of the post is the reason why he’s so dominant. Teams have to choose what they want to do or what they want to give up. You just saw that on full display, from all the way to 3-point range to inside driving and dunking.”

At one point, after Embiid charged in and clanged a dunk off the rim, he got the ball back moments later and got the throwdown right. Then he cupped his ears to the crowd, seeking out boos from the home folks while getting cheers from a large contingent of Philly fans.

Instead, he heard MVP chants by the end.

Embiid felt crushed in the 2019 postseason by Kawhi Leonard’s famous rim-bouncing, Game 7 winner that sent Toronto to The Finals. Last year, he felt singed when Boston swept the Sixers in the first round.

Now the 7-footer from Cameroon by way of Kansas is on a mission, and his game is keeping up with his passion. It wouldn’t be fair to say he’s been toying with the Wizards, but he does seem to enjoy the buffet of moves and decisions in front of him nightly.

But either because Rivers’ job-undone exhortations have worked or simply out of respect for his coach’s message, Embiid said he was fully in agreement that what looked like perfection in so many ways Saturday can get, well, perfecter.

“If you ask me, yes, there is a higher level. Way higher,” Embiid said. “Where you could shoot 100% from the floor and 100% from 3 and make all your free throws. So we can always get better.

“No, this is not it. We had a few turnovers that we need to correct. We’ve got to make our free throws. We’ve got to rebound the ball better. There’s always a higher level we can get to. I’m excited to stay focused on keeping it going.”

So yeah, the Sixers have done nothing. Even as they’ve already done quite a lot.