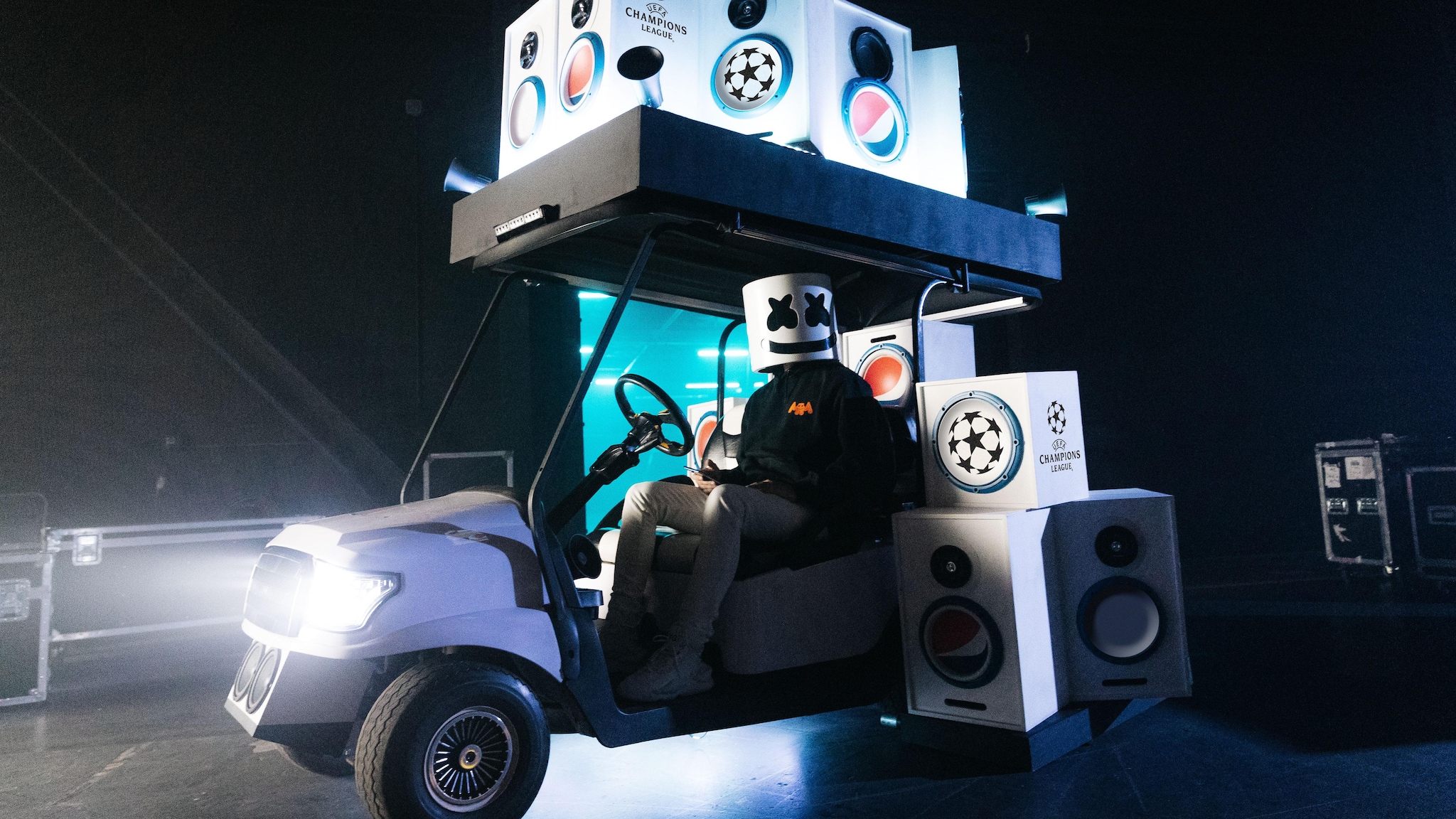 Marshmello was left buzzing after a “wild performance” in Porto as he played the UEFA Champions League final opening ceremony, presented by Pepsi®.

The US DJ and producer helped set the mood at the Estádio do Dragão as Selena Gomez and Khalid joined him for a spectacular immersive performance before kick-off between Manchester City and Chelsea.

Developed in partnership with multi-award-winning creative director, Es Devlin, and using real-time virtual production and Game Engine technology, the show used 3D camera tracking to integrate Marshmello into a world of his own imagination, and create an unforgettable spectacle that thrilled fans at the stadium and those watching from home.

“It was a wild performance,” he said. “The virtual aspects, the performance aspects of it, everything in between: it was just great. It was unique across the board.”

While the perma-helmeted Marshmallo has had massive global hits with Silence, Wolves, Friends, Happier and Alone, he knows he took a major step up by playing to a colossal worldwide audience at the UEFA Champions League final. “This is by far, definitely, the largest performance [I have done],” he said.

Marshmello also had some tips for aspiring dressing-room deejays. “You gotta read the room,” he said. “You’ve got to see what everyone’s vibing with. If you play a song and people like it, maybe stick to that energy, that vibe, maybe even that genre, and keep it going.”