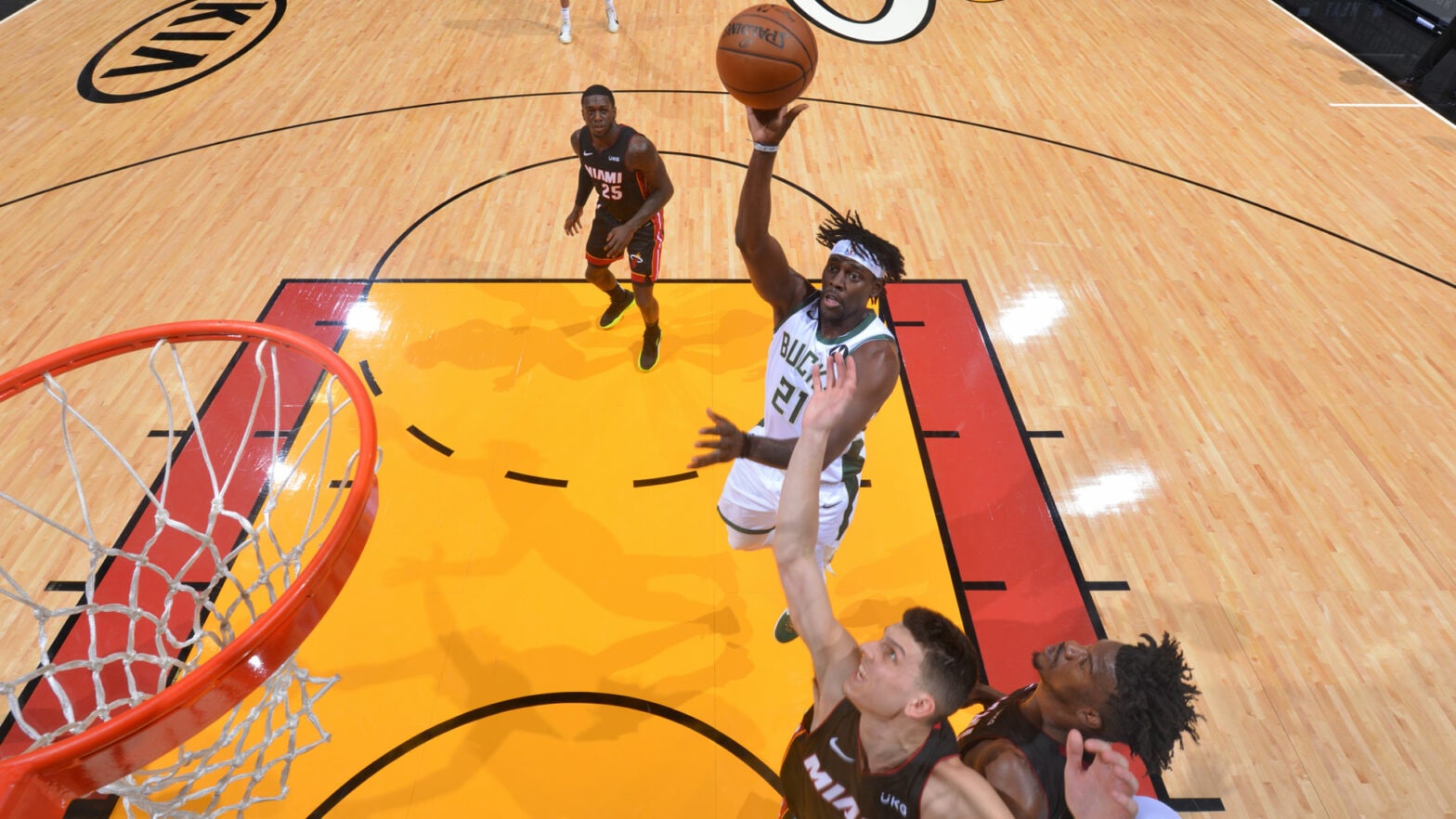 The Bucks have outscored the Heat by 88 points with Jrue Holiday on court in this series.

• The Bucks look to complete the sweep on Saturday after winning the first three games by an average of 21.7 points. Milwaukee has the top-ranked defense in the playoffs, allowing only 93.2 points per 100 possessions in this series.

• The Heat look to avoid their first playoff sweep since 2007, when they were ousted by Chicago in four games.

• Milwaukee has outscored Miami by 88 points in 107 minutes with Jrue Holiday on the court through the first three games; that is 34 points higher than second-ranked Khris Middleton at plus-54.

• Giannis Antetokounmpo (16:38) and P.J. Tucker (10:08) have been the primary defenders on Butler in this series. Butler has five points on 2-for-9 shooting against Giannis and seven points on 1-for-11 shooting (4-for-5 free throws) against Tucker. 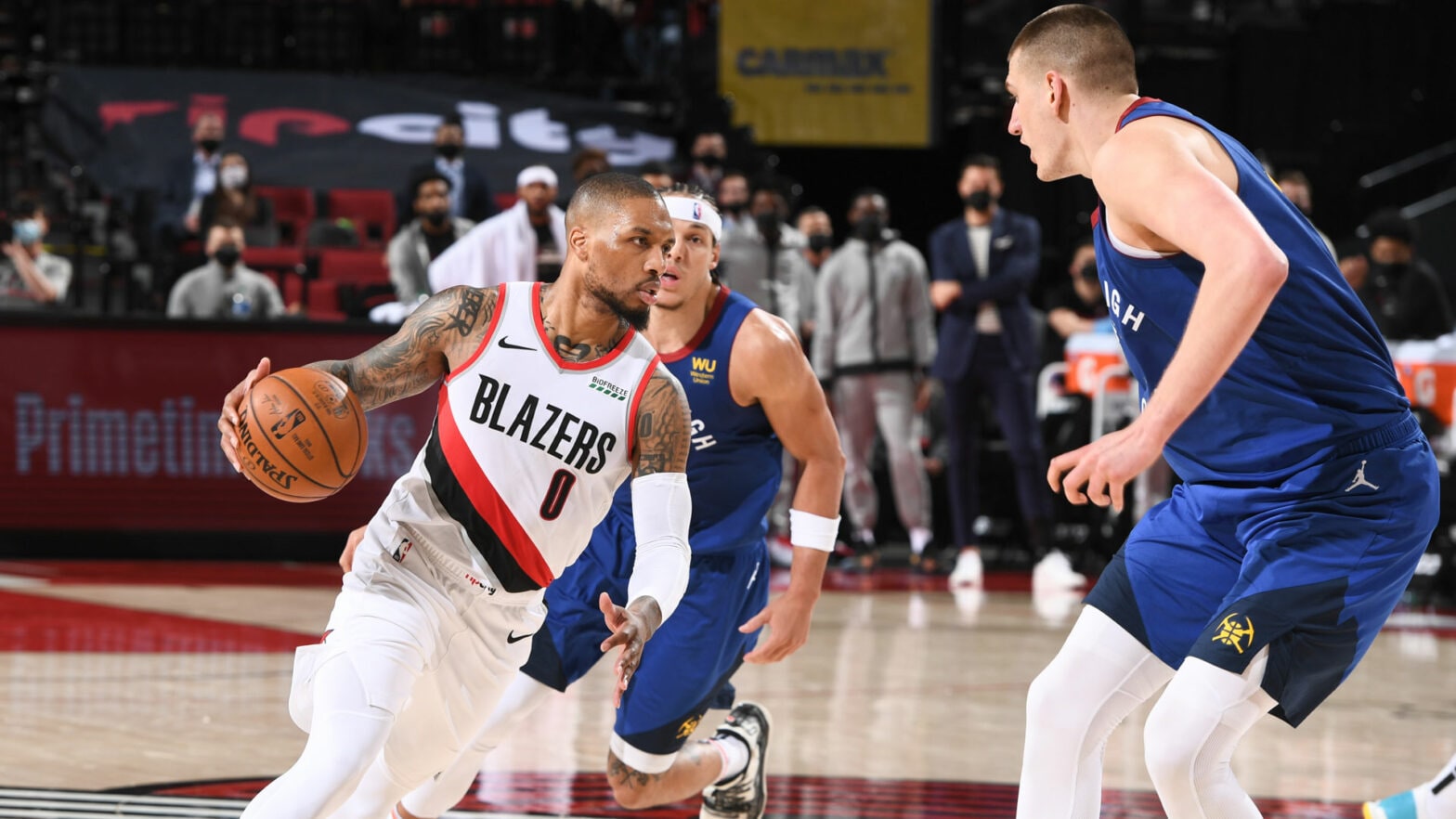 Damian Lillard and Nikola Jokic have each score at least 34 points in every game of this series.

• Damian Lillard is already the second-leading scorer in Portland’s franchise history in the regular season behind Clyde Drexler. Lillard needs 52 points to pass Terry Porter (1,527) and become Portland’s second-leading playoff scorer as well, once again behind only Drexler (2,015). 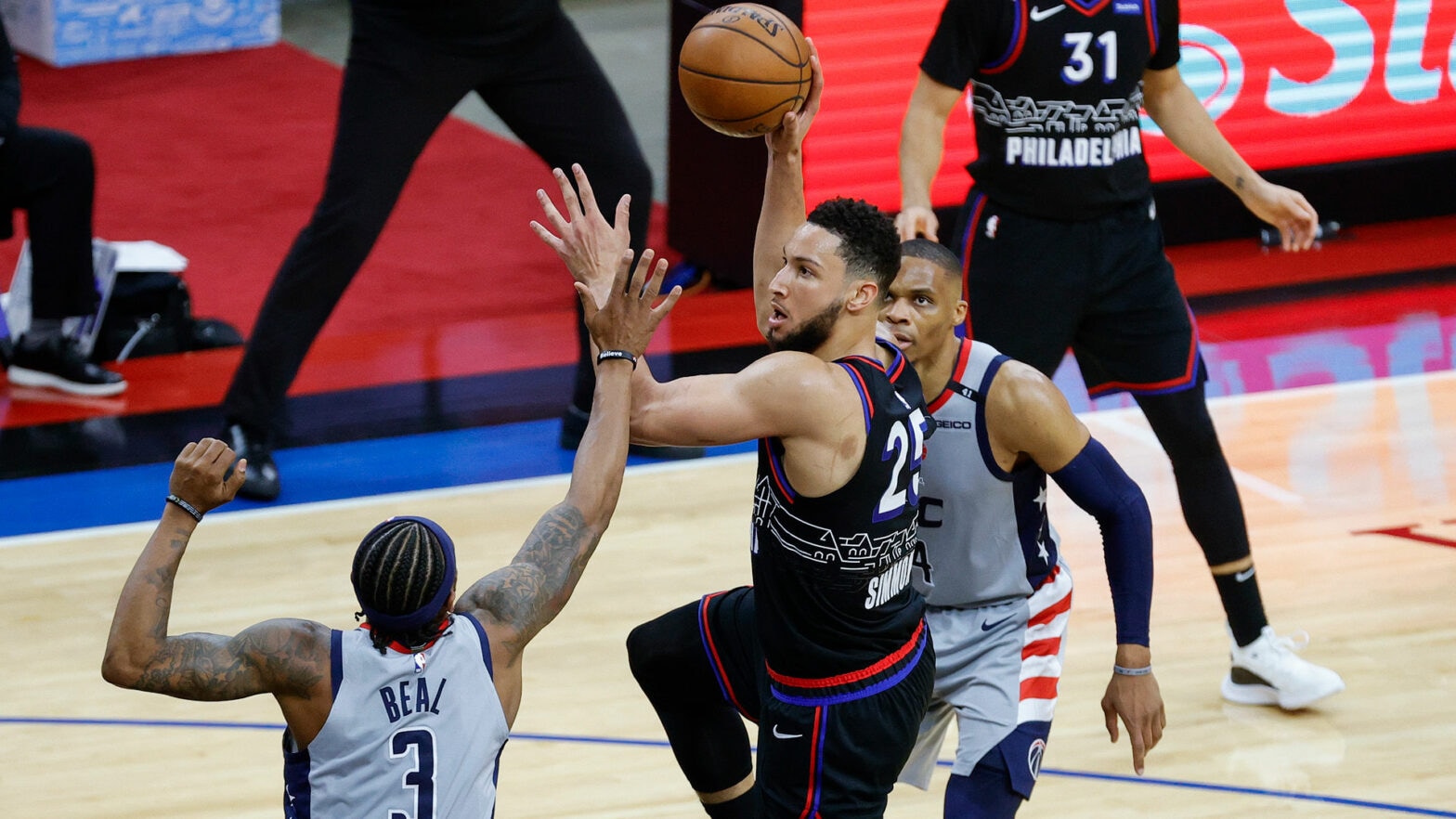 Ben Simmons is averaging a triple-double in this series.

• Ben Simmons does not have a triple-double in either game of this series, but is averaging a triple-double through the first two games: 14.0 points, 12.0 rebounds, 11.5 assists.

• Joel Embiid leads the Sixers in plus/minus in this seres — Philadelphia has outscored Washington by 39 points with Embiid on the court — but does not lead the Sixers in any of the five traditional box score categories: points (Tobias Harris, 28.0 ppg), rebounds (Simmons, 12.0 rpg), assists (Simmons, 11.5 apg), steals (Matisse Thybulle, 3.0 spg) and blocks (Thybulle, 3.5 bpg).

• Between the final nine games of the regular season and two games in the Play-In Tournament, the Wizards entered the playoffs averaging 126.6 points in the month of May. However, in two playoff games against Philadelphia, they have averaged just 106.5 points.

• The Sixers have won seven straight games over the Wizards, dating back to December 2019. Philadelphia won the final two games of the 2019-20 regular season series, swept all three games of the 2020-21 regular season series, and now leads 2-0 in the first round of the 2021 playoffs. The seven-game winning streak is tied for Philadelphia fourth-longest against any opponent, trailing only winning streaks against New York (15), Charlotte (14) and Minnesota (8).

• The Sixers have averaged 20.5 deflections through the first two games of the seres (4.2 more deflections per game than any other playoff team). Those deflections have helped the Sixers average a playoff-high 10 steals  and 15.0 points off turnovers. 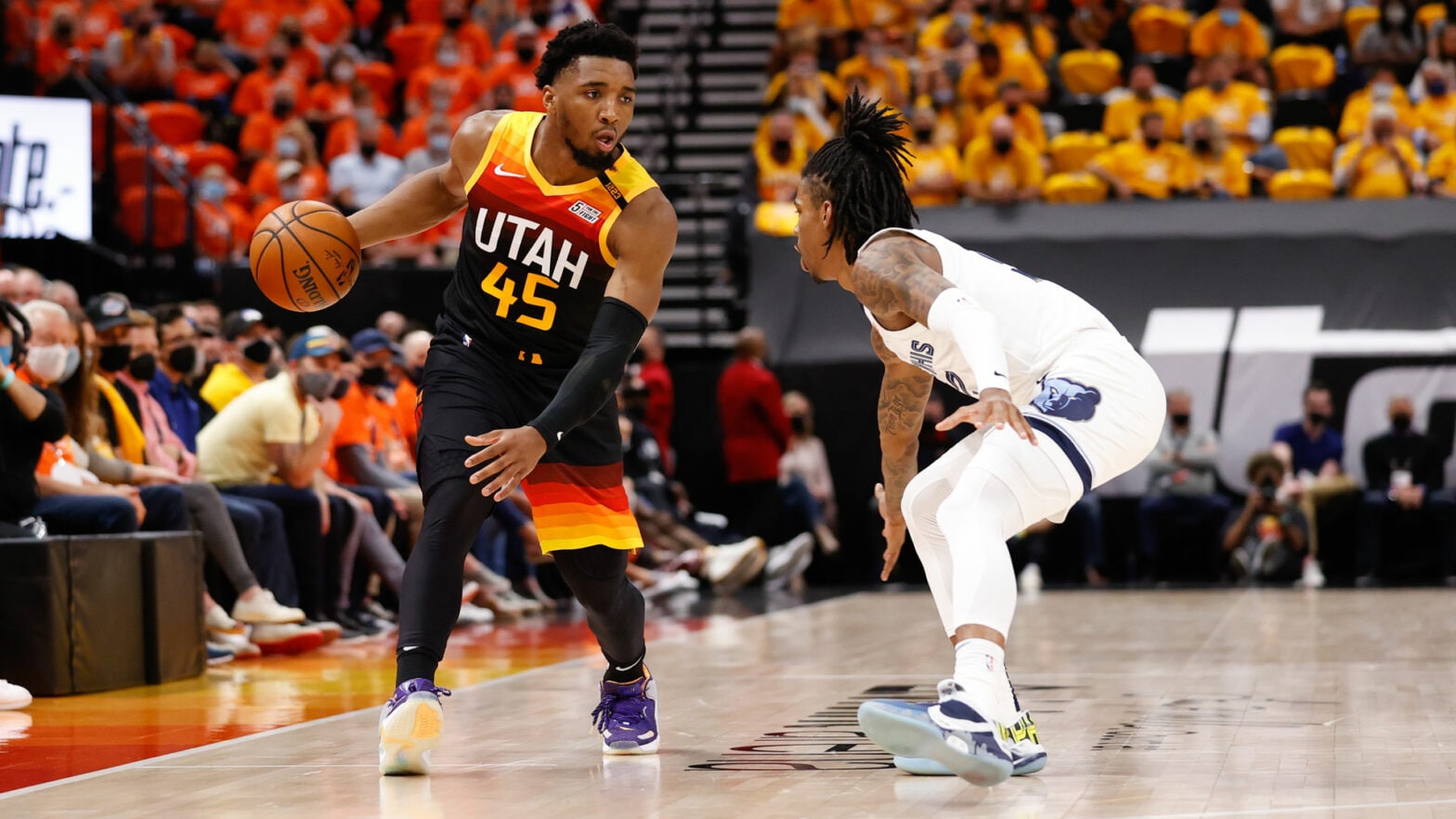 • Ja Morant’s 47-point performance in Game 2 was not only a playoff career-high for the second-year guard, but the most points he’s scored in any NBA game. Morant shot 15-for-26 from the field and 15-for-20 from the free throw line; the last player to make at least 15 field goals and 15 free throws in a playoff game was Donovan Mitchell on Aug. 23, 2020 against Denver. Since 1984, only four other players have such a playoff game: Anthony Davis, Russell Westbrook, Kobe Bryant and Michael Jordan (twice).

• The Grizzlies ranked seventh in the league in assists percentage during the regular season, assisting on 62.8% of their made baskets. Through the first two games of this series, their assist percentage has dropped to 41.8%, which is the lowest of any team in the playoffs.

• Mike Conley finished with 20 points, 15 assists and only two turnovers in Utah’s Game 2 win. The last player to put together such a game in the playoffs was Russell Westbrook on April 23, 2016 in OKC’s win over Dallas. Since 1984, nine players have had a playoff game with at least 20 points and 15 assists while committing less than three turnovers; Magic Johnson (5), Chris Paul (2) and Isiah Thomas (2) are the only players with multiple games.