Orlando Magic get No. 5 and No. 8 picks in 2021 NBA Draft Lottery – Orlando Pinstriped Post 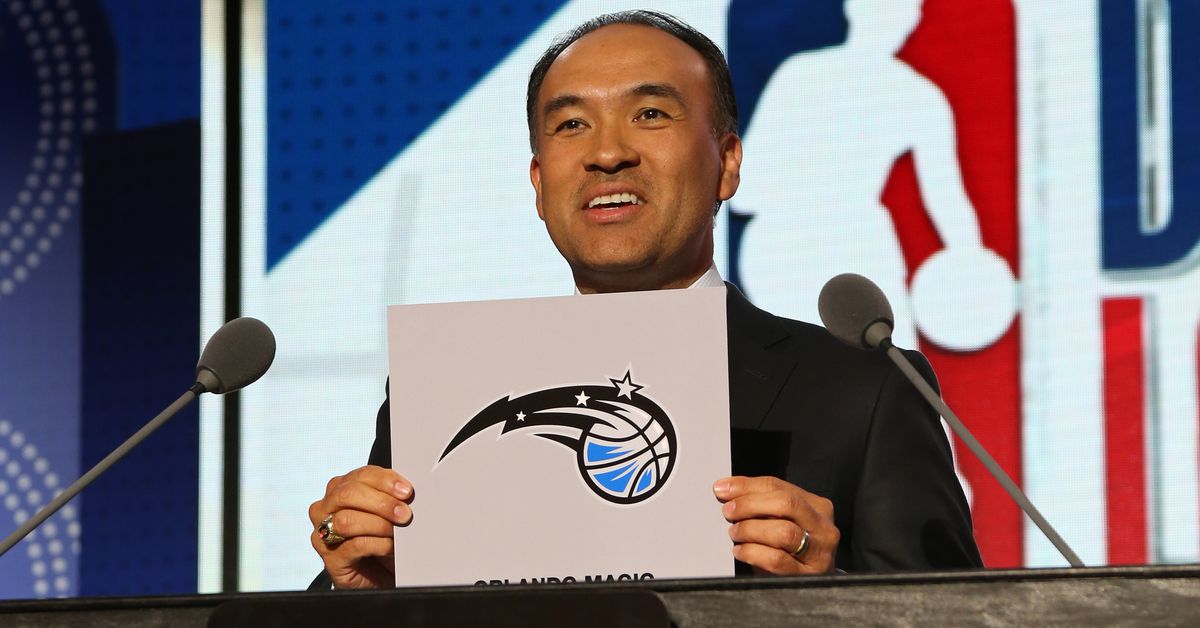 After months of losing, with a firesale and some tanking mixed in, the Orlando Magic ended up with the No. 5 pick in the 2021 NBA Draft.

And Jeff Weltman looked like he was about to cry.

The Magic entered with a share of the top odds in the draft lottery with a 14 percent chance, but dropped to fifth after the Toronto Raptors and Cleveland Cavaliers jumped into the top five.

The Detroit Pistons, who had the second worst record in the league at 20-52 last season, won the lottery and the Cade Cunningham grand prize.

The Houston Rockets got second pick, the Cavaliers got third and the Raptors got fourth.

The Magic, who had a 14.8 percent chance of taking the third pick, also receive the eighth pick from the Chicago Bulls as part of the Nikola Vucevic trade.

Two top-10 picks is swell, but the Magic once again seem one pick out of the mix in a four-player draft with Cunningham, Evan Mobley, Jalen Suggs and Jalen Green. Perhaps Green drops a pick, or maybe the Magic grab Jonathan Kuminga at five, joining a young core than also includes Jonathan Isaac, Markelle Fultz, Mo Bamba, Chuma Okeke, Cole Anthony, R.J. Hampton and Wendell Carter Jr — all of whom are age 23 or under.

The Magic positioned themselves as best they could for the 2021 draft lottery, going on a trade deadline firesale that cleaned house, and towards the end of the season giving veterans ample time to recover from injury as the losses piled up.

The Magic grabbed a share of the top lottery odds with Houston and Detroit on the final day of the regular season when the Oklahoma City Thunder upset a shorthanded Los Angeles Clippers team to give the Magic sole possession of the third-worst record in the league at 21-51.

The last time the Magic had the top odds in the lottery was in 2013 when they fell to the second pick and selected Victor Oladipo. That was the first of four lotteries during the decade where the Magic finished one pick below their projected draft slot.