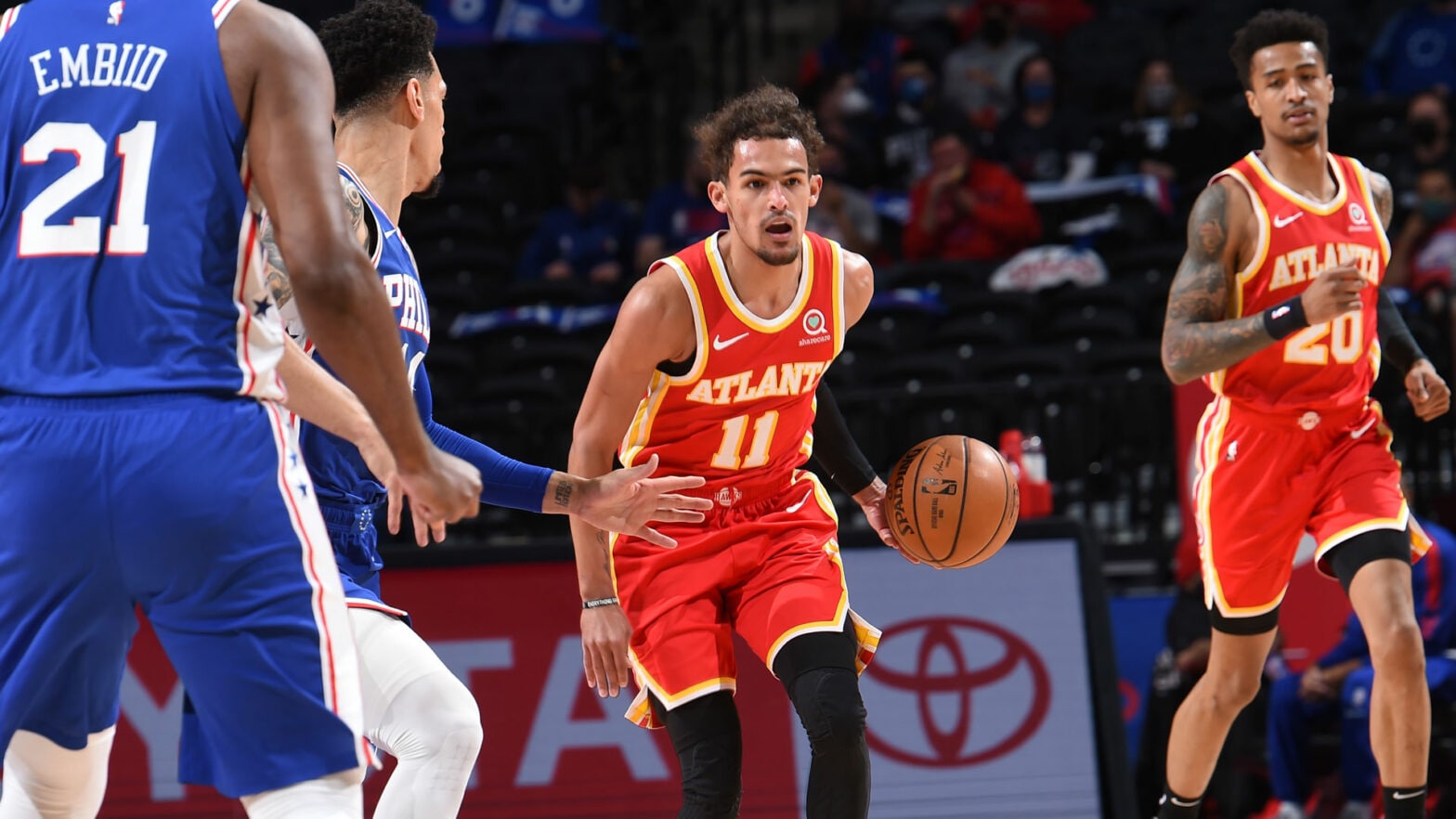 • Joel Embiid is listed as questionable for Game 1 with a small meniscus tear in his knee. During the regular season, the Sixers went 39-12 with Embiid in the lineup and 10-11 with him out. In the playoffs, the Sixers are 3-1 with Embiid (including the game he went down after 12 minutes of play) and were able to close out the Wizards in their first game without him. In the playoffs, the Sixers have been 34.7 points per 100 possessions better with Embiid on the court (34.7 net rating in 95 minutes) than when he’s off (0.0 net rating in 145 minutes).

• With Embiid out for Game 5 against the Wizards, the Sixers inserted Matisse Thybulle into the starting lineup along with Tobias Harris, Seth Curry, Ben Simmons and Danny Green. That group played 16 minutes together in Game 5 after playing a total of 12 minutes together over the course of the regular season. In 28 total minutes together, that group scored 72 points on 52.9% shooting, had 17 assists to just six turnovers and racked up 10 steals.

• Trae Young averaged 29 points and six assists in two games against the Sixers season; that was the third-highest scoring average against the Sixers by any of the 267 players that faced them more than once this season. It also marked Young’s lowest assist average against any team this season. John Collins added 14.7 points, 5.0 rebounds and 2.7 3-pointers made on 55.2%-53.3%-80% shooting splits while appearing in all three games against Philadelphia. 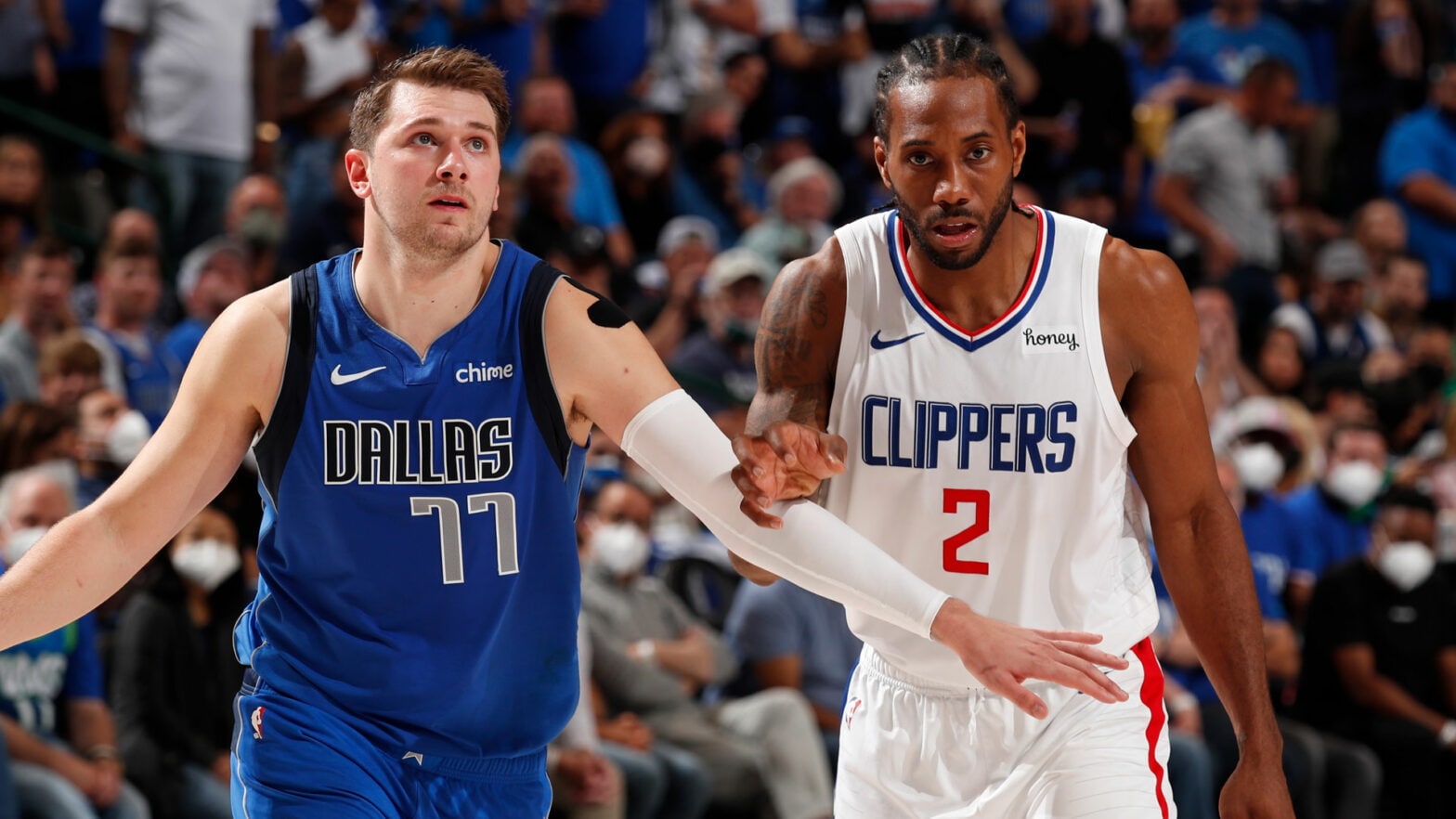 • For the first time in NBA playoff history, the road team has won the first six games of a playoff series. Can the Mavericks make it seven-for-seven and set a record that can never be beaten? Or will the Clippers be able to defend their home court in the winner-take-all game. Both teams entered the playoffs with 21-15 road records during the regular season – tied for the fourth-best road win percentage in the league – and matching point differentials (plus-4.3), which trailed only Utah.

• Kawhi Leonard was brilliant in Game 6 as he finished with 45 points on 18-25 shooting from the field, 5-9 from 3-point range and 4-4 from the free throw line. According to the Elias Sports Bureau, Leonard became the fourth player in playoff history to score at least 45 points and 70% shooting or better in an elimination game, joining Wilt Chamberlain, Jamal Murray and LeBron James. Leonard is only the eighth player since 1984 to do that in any playoff games – let alone an elimination game.

• In addition to scoring 45 points, Kawhi Leonard was also the primary defender on Luka Doncic for a team-high 6:58 in Game 6, holding Doncic to seven points on 3-4 shooting, with two assists and two turnovers. While Doncic shot 75% against Leonard, the fact that Doncic only attempted four shots in 46.5% of his offensive matchup time in the game is key. For the series, Leonard has defended Doncic for 18:03 and allowed 22 points on 9-24 shooting from the field and 4-13 from 3-point range.

• Four of the six games in this series have featured clutch time, with the Mavericks winning three of those four games. Tim Hardaway Jr. has been Dallas’ top clutch scorer with 13 points on 4-7 shooting from the field, 3-5 from 3-point range and 2-2 from the free throw line in 12 clutch minutes. Kawhi Leonard is not far behind with 11 clutch points on 4-6 from the field, 2-3 from three and 1-1 at the free throw line.