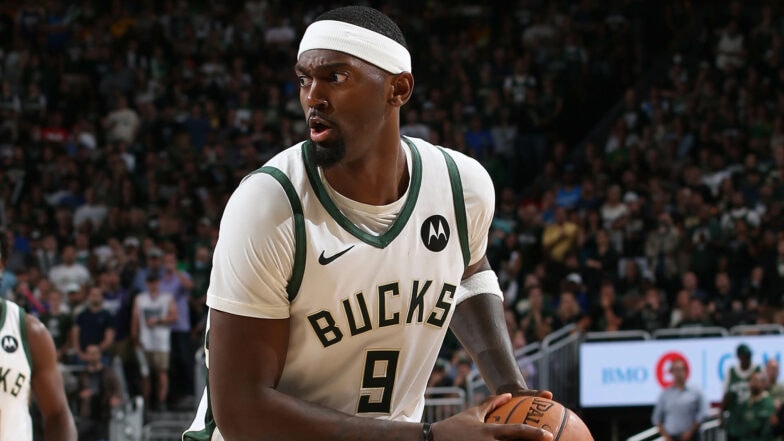 Keep up on all the latest news, reports and more as the offseason rolls along. Additionally, here are the key moves from July 31 :

The Milwaukee Bucks wouldn’t be NBA champions without the efforts of reserve forward Bobby Portis. If they hope to have him in the fold for another championship run, they’ll have to woo him back in free agency. Per Adrian Wojnarowski of ESPN, Portis is opting out of his contract for 2021-22 and will become an unrestricted free agent.

Portis was solid in the regular season for Milwaukee, averaging 11.4 ppg and 7.4 rpg in 66 games (seven starts) and averaged 8.8 ppg and 5.0 rpg. Those stats didn’t tell the full story of Portis’ impact late in Milwaukee’s playoff run, though. After getting DNP-CDs in the final three games of the Eastern Conference semifinals against Brooklyn, Portis emerged in the East finals (12.5 ppg, 6.5 rpg) and NBA Finals (7.7 ppg, 4.0 rpg). He delivered in the Game 6 title-clincher, too, scoring 16 points on 6-for-10 shooting.

As @BobbyMarks42 says, the most Bucks can offer Portis is the $5.9M exception.

Veteran defensive-minded guard Avery Bradley will reportedly enter unrestricted free agency after he and the Houston Rockets passed on picking up his option for 2021-22. Per The Athletic’s Shams Charania, the Rockets and Bradley mutually agreed to part ways.

Last season, Bradley spent part of the season with Houston (17 games) and part of it with the Miami Heat (10 games). He was included in the Rockets-Heat trade in March that sent Bradley and center Kelly Olynyk to Houston for Victor Oladipo and a 2022 second-round pick. Bradley averaged 6.4 points and 2.4 rebounds while shooting 37.4% overal, his worst mark since 2010-11.

Multiple reports have the Boston Celtics making yet another move under newly elevated exec Brad Stevens, acquiring swingman Josh Richardson from the Mavericks into a trade exception.

Richardson had been previously flipped to the Mavericks for Seth Curry; his lone season in Dallas saw an across-the-board dip. It’s expected he’ll opt into the final season of his four-year deal as part of the transaction.

On the Mavericks side, the deal would clear a significant amount of cap space while also creating a trade exception that would last through the season.

Forward Lauri Markkanen, the former No. 7 pick of the 2017 draft, will be a little more difficult to pry away from the Bulls this offseason. Per multiple reports, Markkanen was extended a qualifying offer from the Bulls, making him a restricted free agent.

While injuries have marked Markkanen’s career in Chicago (he’s played in 221 of a possible 301 career games), so too have moments of his tantalizing potential. The 7-foot Finn averaged 13.6 points and 5.3 rebounds — both career lows — while setting personal bests by shooting 48% overall and 40.2% on 3-pointers. He also missed 21 games in another injury-filled season and lost his starting job along the way.

The Bulls have extended a qualifying offer to Lauri Markkanen, making the forward a restricted free agent. @ShamsCharania 1st with news.

Sources: The Bulls have extended the qualifying offer to Lauri Markkanen, making him a restricted free agent. Markkanen is expected to have several suitors on the market.

The Boston Celtics are trading Tristan Thompson to the Sacramento Kings as part of an expanded three-way deal with the Atlanta Hawks, per ESPN’s Adrian Wojnarowski.

Thompson signed a two-year deal with Boston back in November after spending the previous nine seasons of his career in Cleveland. Wright moves on from the Kings after their backcourt became crowded following the selection of Davion Mitchell in Thursday’s Draft. The Celtics, meanwhile, welcome a defensive-minded point guard in Kris Dunn, who was limited to just four games last season because of an ankle injury.

The Utah Jazz and Oklahoma City Thunder have made a trade that adds another future Draft asset to Oklahoma City’s coffers.

The Jazz have traded veteran center Derrick Favors and a future first-round Draft pick to the Oklahoma City Thunder for a future second-round Draft pick and cash considerations. The deal will allow Utah to fall about $13 million below the luxury tax. Doing so should help it fiscally in terms of trying to re-sign All-Star point guard Mike Conley.