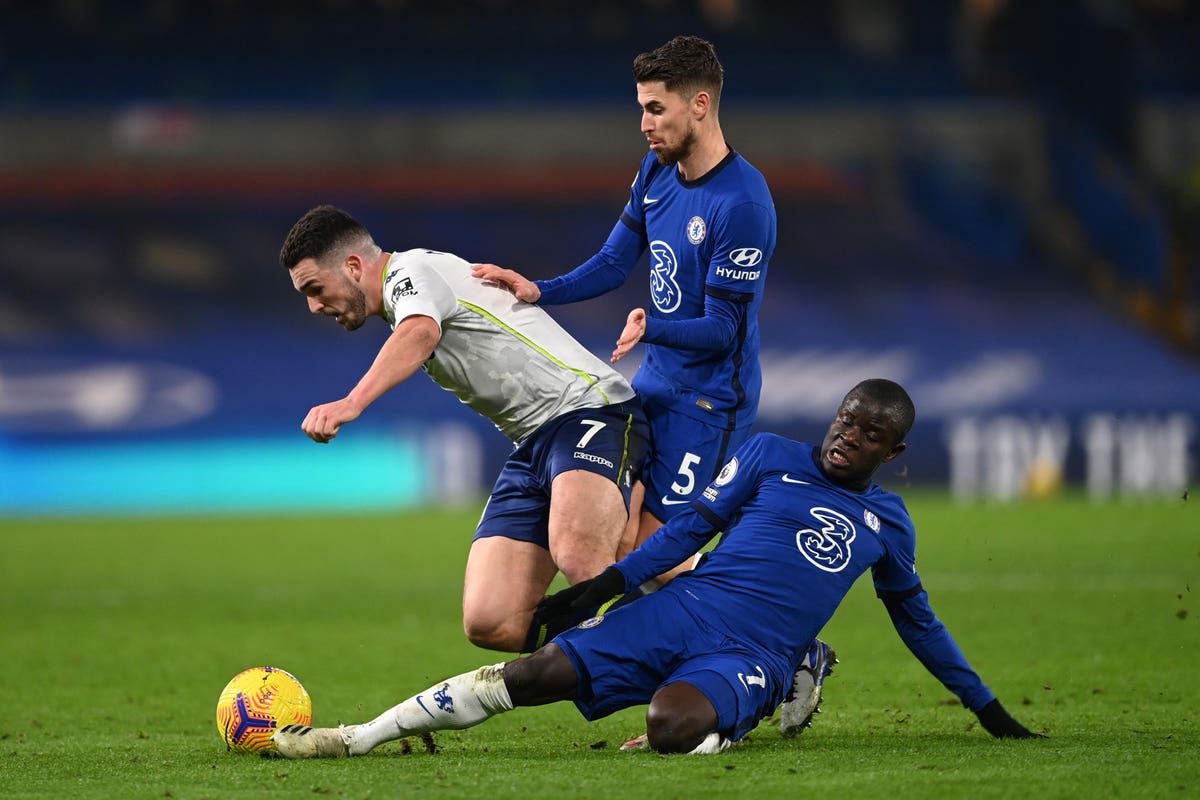 When it comes to awards for the player of the year, it’s usually goal-scorers or flashy wingers who get most of the plaudits.

Even when Barcelona’s midfield trio of Sergio Busquets, Xavi and Andres Iniesta were in their prime, they couldn’t compete with Lionel Messi and Cristiano Ronaldo when it came to individual trophies.

But this year, for the first time since it’s inception in 2010, the UEFA Men’s Player of the Year Award doesn’t contain a striker or winger in its final three candidates.

Chelsea’s Jorginho and N’Golo Kante and Manchester City’s Kevin De Bruyne scored 13 goals and got 15 assists between them in the league last season, and all seven of Jorginho’s goals came from the penalty spot.

Compare that to 2014-15, when the final three candidates, Lionel Messi, Cristiano Ronaldo, and Luiz Suarez banged in 107 league goals between them.

De Bruyne might play in a more attacking role, and did in fact sometimes play as a makeshift center forward at times last season, but he is still a player known best for his passing ability, making more key passes than anyone else in the Premier League last season.

Kante and Jorginho are far more defensively minded, anchoring the Chelsea midfield as a “double six”, breaking up play and passing the ball around. Neither scored a single league goal from open play last season. Kante generally works to break up the opposition’s play, while Jorginho’s passing makes Chelsea tick, but their roles are not quite as simply defined as that, and Jorginho is often the deeper of the two players.

Jorginho also pulled the strings for his country, helping Italy win Euro 2020, both through his precise passing against Belgium, and his defensive display against Spain. In the final, he made the most interceptions of any Italian player, and more passes than anyone on the England team.

As the UEFA Player of the Year candidates are judged on national team performances as well as club level performances, Italy’s Euro 2020 win could give Jorginho the edge over Kante and De Bruyne. Croatian playmaker Luka Modric’s performances at the 2018 World Cup, for example, were likely a major factor in him winning the 2017-18 award.

This is also the first year that the final three candidates have all played for English clubs. In previous years, the awards have been dominated by Real Madrid and Barcelona. All three candidates have come from Spanish clubs four times, and out of the 30 top three spots over the past ten years before this one, 20 have gone to La Liga, five to the Bundesliga, three to the Premier League and two to Serie A.

La Liga’s domination of the awards seems to be on the decline though, as for the past three years, it has only had one candidate in the top ten.

The Premier League’s monopoly on the top three candidates this year is mainly because last season’s Champions League final was an all-English affair between Manchester City and Chelsea.

The Champions League winners typically are well represented in the Player of the Year award, with 2019-20 winners Bayern Munich having Robert Lewandowski and Manuel Neuer in the final three, while 2018-19 winners Liverpool had four candidates in the top six, including eventual winner Virgil Van Dijk.

Defenders like Van Dijk, and goalkeepers like Neuer and Gianluigi Buffon have made the final three spots in the past, but this is the first time one of those spots has gone to a defensive midfielder. Perhaps with Messi and Ronaldo out of the spotlight, this often ignored position will start to get more recognition.