Toney shines in Brentford’s 2-0 win at Wolves in… 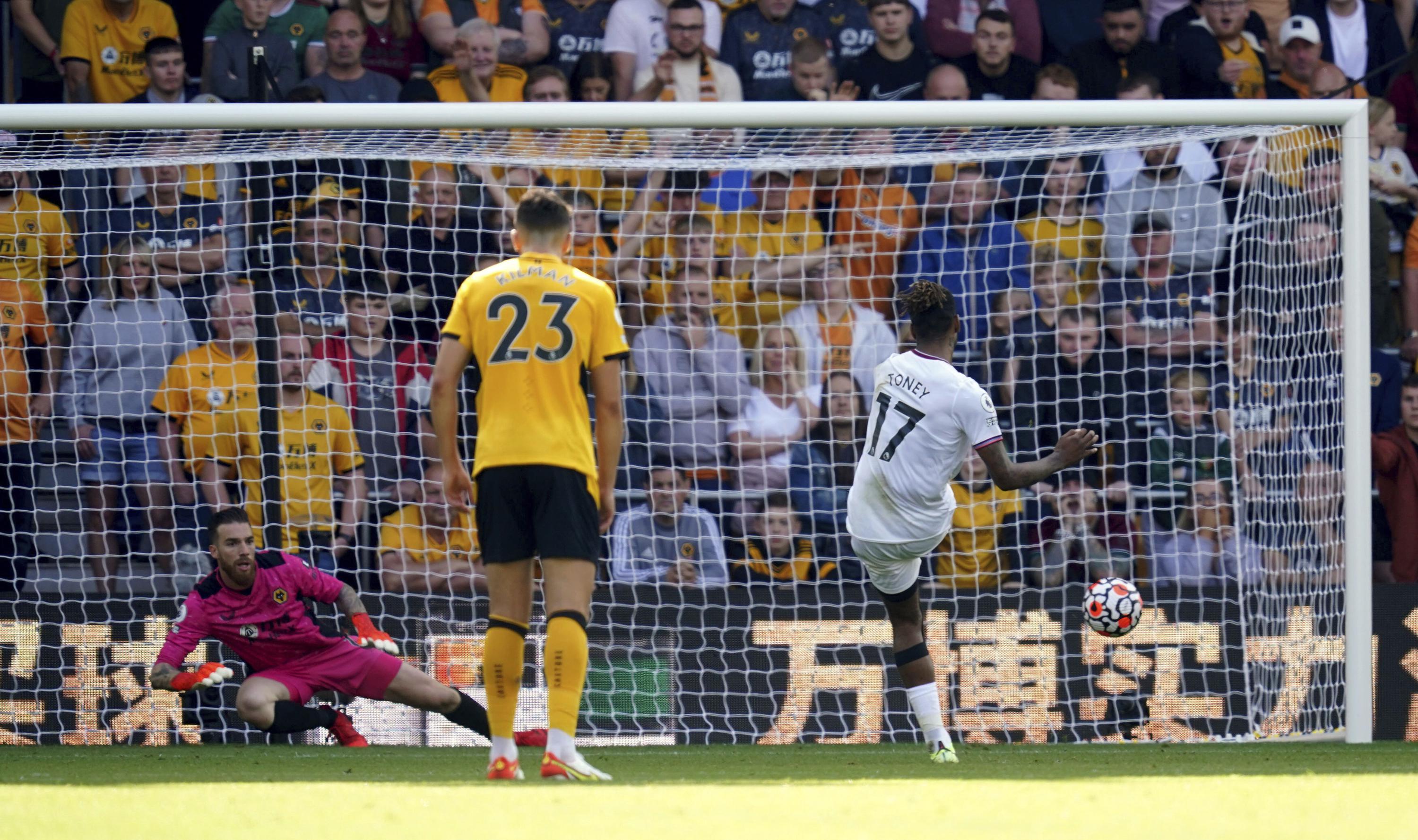 WOLVERHAMPTON, England (AP) — Ivan Toney scored a penalty and set up a second goal for strike partner Bryan Mbeumo in Brentford’s 2-0 win over Wolverhampton on Saturday, maintaining the promoted team’s impressive start to its first season in the Premier League.

Brentford was forced to hold on for victory with 10 men following the 64th-minute sending-off of Shandon Baptiste at Molineux.

The club from southwest London has lost just one of its opening five matches in its first season in England’s top division since 1947.

And in Toney, it has a striker of real quality — as well as poise from the penalty spot.

Toney earned a penalty himself when he was bundled over by Marcal as they grappled in the area at a corner. The striker got up, took a nonchalant run-up, and rolled his spot kick into the bottom corner in the 28th minute, with Wolves goalkeeper Jose Sa diving the other way.

Six minutes later, Toney — who had two goals disallowed in the first half and was a handful for the Wolves defense all game — broke free down the left and sent in a low, precise cross that Mbeumo tapped in at the far post for his first goal of the season.

Wolves has now lost four of its five games, and was poor going forward even with an extra player after Baptiste collected a second yellow card for pulling the jersey of Francisco Trincao just as the Brentford midfielder was about to be substituted.

Mbeumo struck the post with a curling shot in stoppage time after a breakaway, with Brentford regularly threatening a third goal.