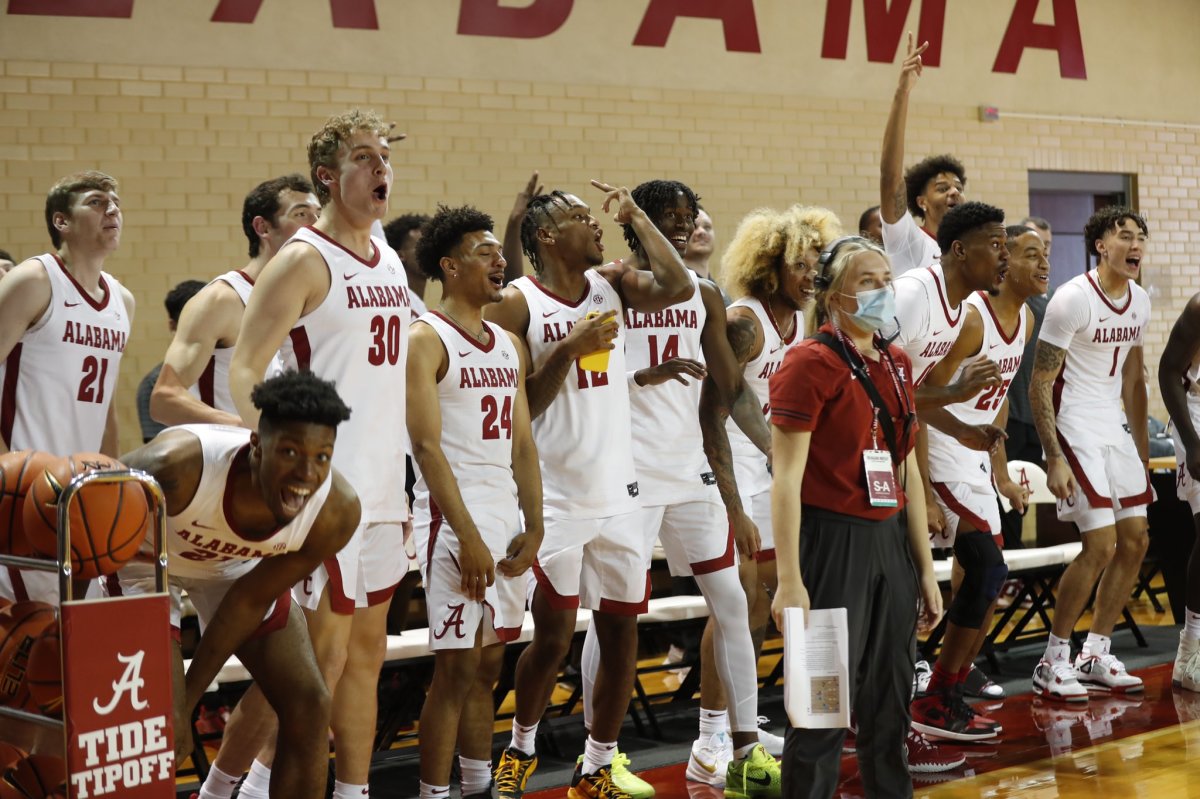 TUSCALOOSA, Ala. — While it’s not in any official capacity, Alabama basketball began its season on Sunday afternoon by hosting a charity exhibition against Louisiana inside Coleman Coliseum.

The game is not being broadcast on any form of media, so stay tuned here at BamaCentral for live updates, stats, information and analysis from Tuscaloosa.

Alabama fought hard for a victory against the Ragin’ Cajuns, prevailing 73-68. Keon Ellis led the scoring with 21, followed by JD Davison with 19. Alabama only made six threes compared to Louisiana’s eight, but the Crimson Tide made up for it by winning the free throw battle 27-12.

Punctuated by 14 points off turnovers and some strong play from Noah Gurley, Alabama fought its way back to within one before the half. Gurley finished the first half with 11 points, seven of which came in succession for Alabama. Louisiana fought off the comeback with four three-pointers in the last 3:21.

Free throws helped the Crimson Tide first-half effort, making 8-10 from the line. Alabama did not shoot their first free throw until the 8:09 mark.

Freshman JD Davison finished with nine in the half after getting the start.