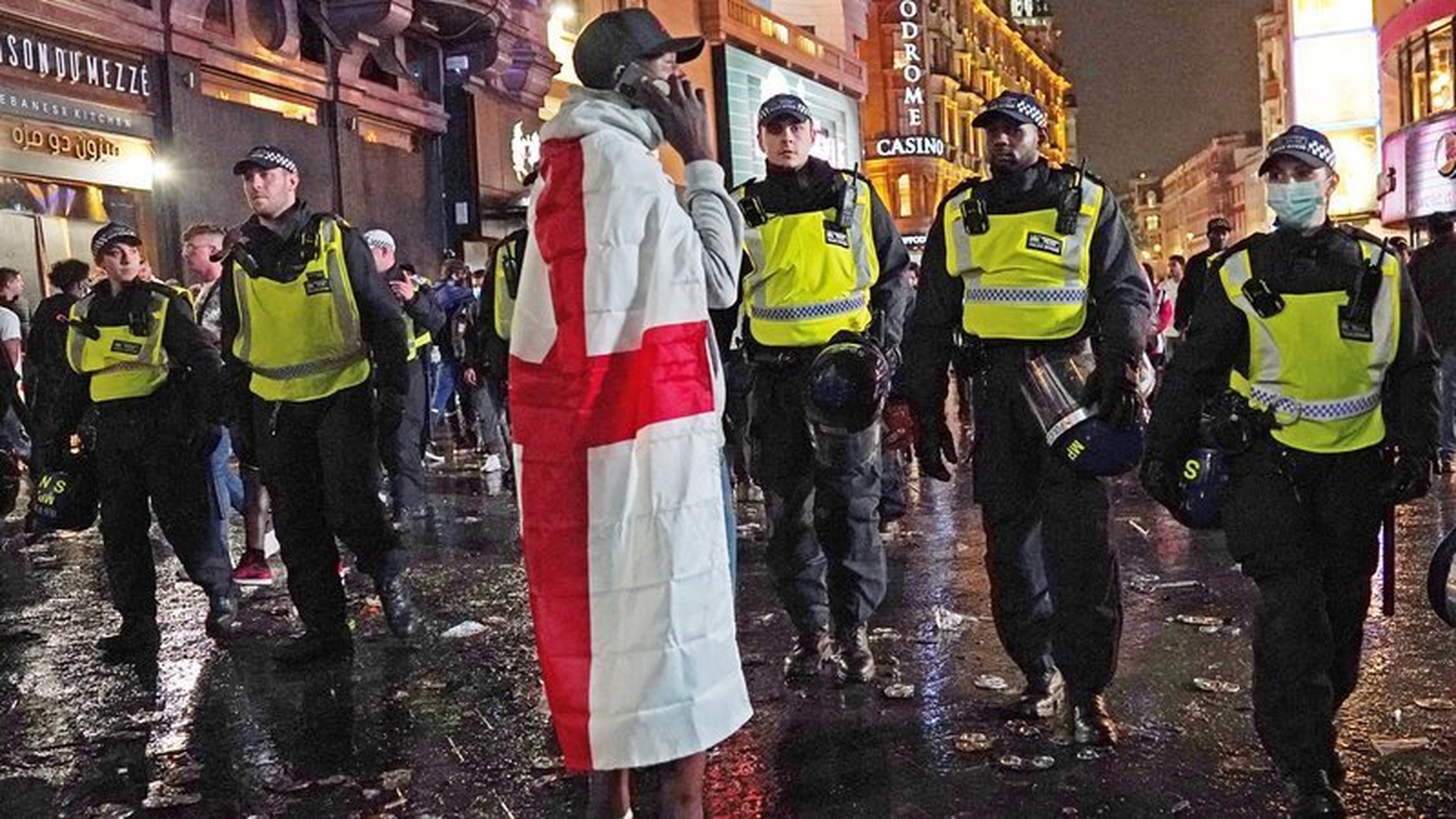 A decision on whether to issue a supporter ban over the Euro 2020 final disorder at Wembley is set to be announced within the next 48 hours.

The showpiece game between England and Italy on 11 July was marred by chaotic and ugly scenes before, during and afterwards, with tournament organisers UEFA opening disciplinary proceedings against the Football Association on 3 August.

The FA requested a personal hearing in the case, which is scheduled for today via videoconference. It is understood an announcement on any sanctions is expected within 24 hours of that hearing concluding.

England manager Gareth Southgate has previously stated his fear that his team may be forced to play one or more matches at Wembley behind closed doors.

Any ban would only apply to UEFA competition matches. For England, that would mean the 2022-23 Nations League which is due to start next June, rather than the World Cup qualifier against Albania next month.

The UK Metropolitan Police said 19 of its officers were injured in the chaos surrounding the final, and one of the most concerning aspects from a security perspective was ticketless supporters forcing entry to Wembley.

Irish football journalist @MiguelDelaney tells @RTEnews that the #Euro2020 final was “the worst policed football match I’ve been to” and that public drunkenness, open drug use and aggression outside Wembley Stadium made for an intimidating atmosphere. pic.twitter.com/YQvtrbgQVR

Disability access charity Level Playing Field said some of these individuals made their way into disabled viewing areas, creating a “frightening experience” for disabled supporters with legitimate tickets.

UEFA president Aleksander Ceferin has played down fears that the disorder would affect a UK and Ireland bid to host the 2030 World Cup, and that he saw Wembley as a key venue for UEFA in hosting club competition finals in the future.

The FA commissioned an independent review of the circumstances surrounding the match, which is being led by Baroness Casey of Blackstock.