What to watch for as NBA enjoys 75th anniversary season – NBA.com

What to watch for as NBA enjoys 75th anniversary… 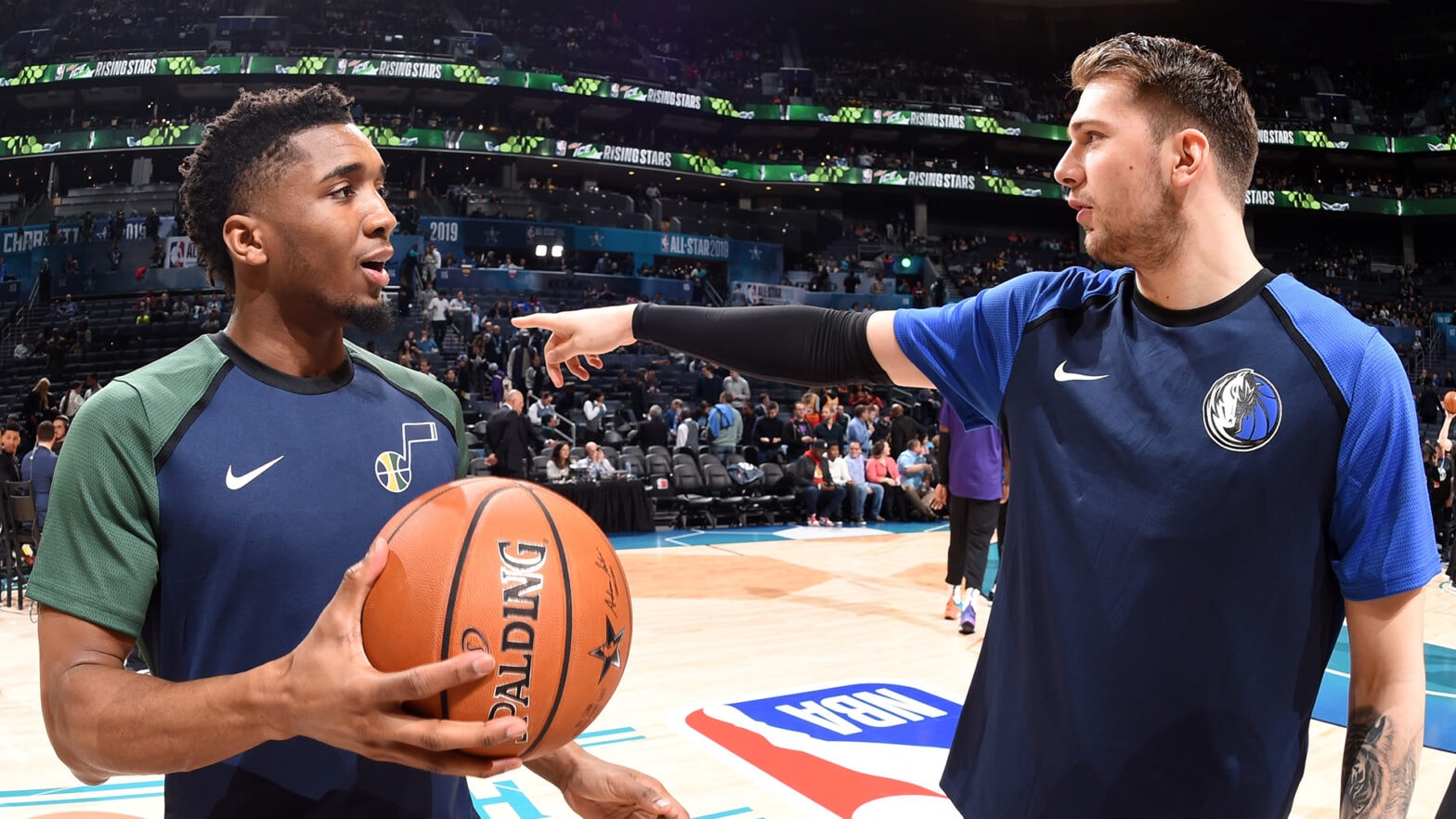 Will a young star like Luka Doncic or Donovan Mitchell step up and take home Kia MVP honors?

The inaugural NBA season was 1946-47 when the league was named the Basketball Association of America from 1946-50. In the opener, the visiting New York Knicks beat the Toronto Huskies 68-66 in overtime before a crowd of 7,090 at Maple Leafs Gardens. That season, Joe Fulks was the scoring leader, the schedule was 60 games and the Philadelphia (now Golden State) Warriors beat the (now defunct) Chicago Stags for the title.

The 75th NBA season tips off Tuesday, and seven-plus decades later there are obvious changes in the game, and no truth to the wisecrack rumor that half of this year’s “mature” Lakers roster also suited up that first season in 1946-47. 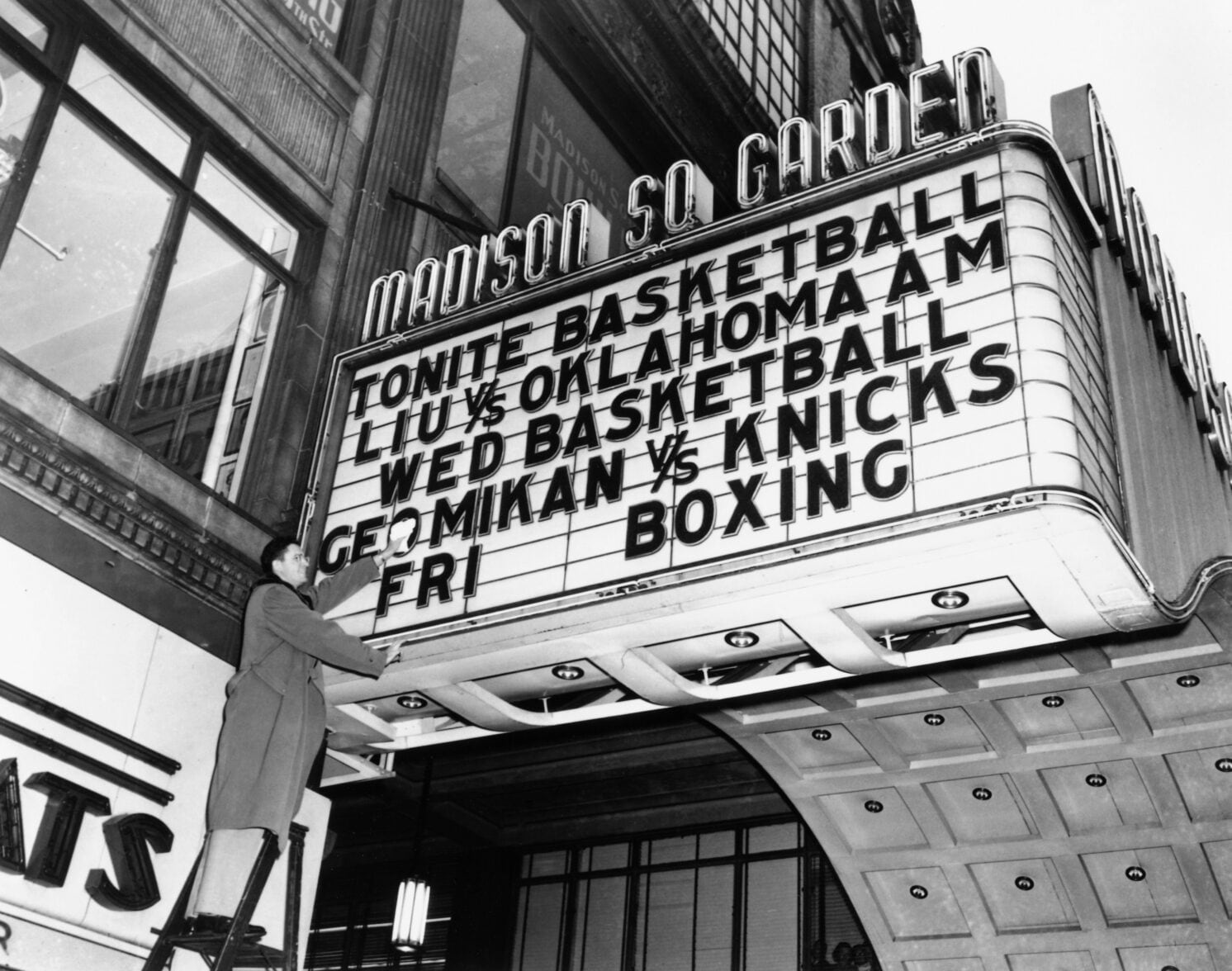 Even in its early days, the NBA was all about superstars (like George Mikan) and marquee matchups.

The best and most noticeable change for 2021-22 is that, after a roughly two-year pandemic pause, arenas will appear normal again. Restless fans will be back in force from day one which means there might be only one vacant seat in the house on Opening Night … but enough about Kyrie Irving.

The NBA is back, and so is: Klay Thompson (at some point), and Jamal Murray (ditto), and the joyous energy inside Madison Square Garden (unless last season was another Knicks tease), and the defending-champion Bucks (confused by all the love for the Lakers and Nets), and maybe Ben Simmons as well (hmm).

Because it’s the 75th Anniversary Season, there will be plenty of pomp and ceremonial flashbacks mixed with present-day pomp. Therefore, the NBA has earned the right to be pomp-ous about where it’s been and where it’s going. By every measure and indication, 75 years later, the basketball is in secure hands and not even Jrue Holiday can strip it away.

This is NBA Lane – where 75 seasons of the game comes together to celebrate.

With the league ready to resume a normal 82-game schedule, the curtain opens with a pair of attention-grabbers: Nets at Bucks (7:30 p.m. ET, TNT) and Warriors at Lakers (10 p.m. ET, TNT). This is genius scheduling for a few reasons.

First: The Bucks will receive their championship rings in front of the jealous Nets, who nearly took Milwaukee down in last summer’s seven-game Eastern Conference semifinals. But Kevin Durant’s 3-point dagger was nullified because his toe was on the line. Additionally, the Nets also had no Irving and only half of James Harden as both stars were dealing with injuries.

Second: In L.A., the Lakers likewise had their key injury issues last summer and therefore limped home in the first round. They recharged in the offseason by adding Russell Westbrook to the LeBron-Anthony Davis mix and, assuming age and/or health will not fail them next spring, figure to once again knock on the championship door. This all comes as a bit bitter to the Warriors, who not long ago had a dynasty going until Thompson suffered two major injuries over two years. He won’t dress Tuesday — anticipate a return for him around the holidays — but Stephen Curry is coming off a Kia MVP-finalist season and a scoring title, so there’s that.

Those are just a few items worth anticipating this season, and there are at least 10 others:

Actually, a better question: who’ll be left off? The mystery will be settled in the next few days when the unveiling occurs, followed by … arguments, of course. The screaming TV and radio hosts can hardly wait for material to feed their “outrage.”

Who’ll be the surprise team, the one that does better than anyone expected?

Last year it was the Hawks, who had a coaching change midseason and then flourished, flipping a losing record into a conference finals appearance. Will it be the Bulls, who added DeMar DeRozan and Lonzo Ball to join Nikola Vucevic and Zach LaVine? Or does Luka Doncic go next-level and push the Mavericks, now coached by Jason Kidd, to a destination that Dirk Nowitzki once took them?

Zion Williamson is ailing and will miss time to open the season. This, unfortunately, hasn’t been unusual for the young and upcoming Pelicans star, whose otherwise solid career has dealt with injury disruptions and delays. Usually, injuries are confined to players with heavy mileage, and that’s why this is so disturbing, because Zion is just 21. Still, he’ll return at some point, and that will be a date worth circling.

Denver guard Jamal Murray was busy constructing a career year when, after 48 games last season, he suffered a season-ending knee injury. He had surgery last April, so any return prior to the All-Star break is perhaps a wish. The Nuggets aren’t rushing anything, obviously, with a 24-year-old, and anyway, they’re thinking reigning Kia MVP Nikola Jokic — along with Michael Porter Jr. and Aaron Gordon — can keep them among the top four or five in the West until Murray suits up. It’s the same situation for Kawhi Leonard and the Clippers, where Paul George will be a solo star for now.

Will Ben Simmons become the latest disgruntled All-Star to force his way out of town?

The drama began last summer when Simmons couldn’t make free throws, didn’t take jumpers and famously skipped a layup in a crucial playoff moment. Then he pouted and stayed away from the team all preseason, vowing never to step foot in Philly … until he returned last week. And now, will he go back on his promise never to play for Philly again? At least Harden actually played for a minute or two for Houston last season before completely burning that bridge. We’ll see. Philly’s harsh fans will likely be all over Simmons if he returns, until and unless he knocks down a few 20-footers. Then all’s forgiven.

Will Damian Lillard keep his peace treaty with the Blazers? Or will he pull a “trade me” card from the deck before the February trade deadline?

Dame announced he was all-in following a tense offseason in Portland, but this being the Age Of Player Empowerment, all bets are off if the Blazers stumble from the gate. A bigger question: If Dame follows Harden’s lead, will this ignite a trend of superstars taking super-max money, then demanding a trade elsewhere?

Will Bradley Beal do likewise with Washington?

Although the high-scoring guard has never, at least publicly, expressed a desire to be traded, his future in Washington remains questionable. His contract is up after this season and an extension offer from the Wizards is still sitting on his desk, unsigned. Does Beal want to get moved to an instant contender and make a little less money, or stay in Washington with the rebuild and make a little more — perhaps a super-max?

Who has the early edge in the Kia Rookie of the Year chase?

The race for top rookie is always a developing and dramatic journey, and this season should be no different. Jalen Suggs felt he should’ve been taken No. 1 overall. He went fifth, to Orlando. Jalen Green thought he was the best prospect. He went second, to Houston. Cade Cunningham is out to prove in Detroit he was worthy of being No. 1 overall. All three are in situations where their teams are rebuilding and therefore playing time and impressive stats shouldn’t be an issue. 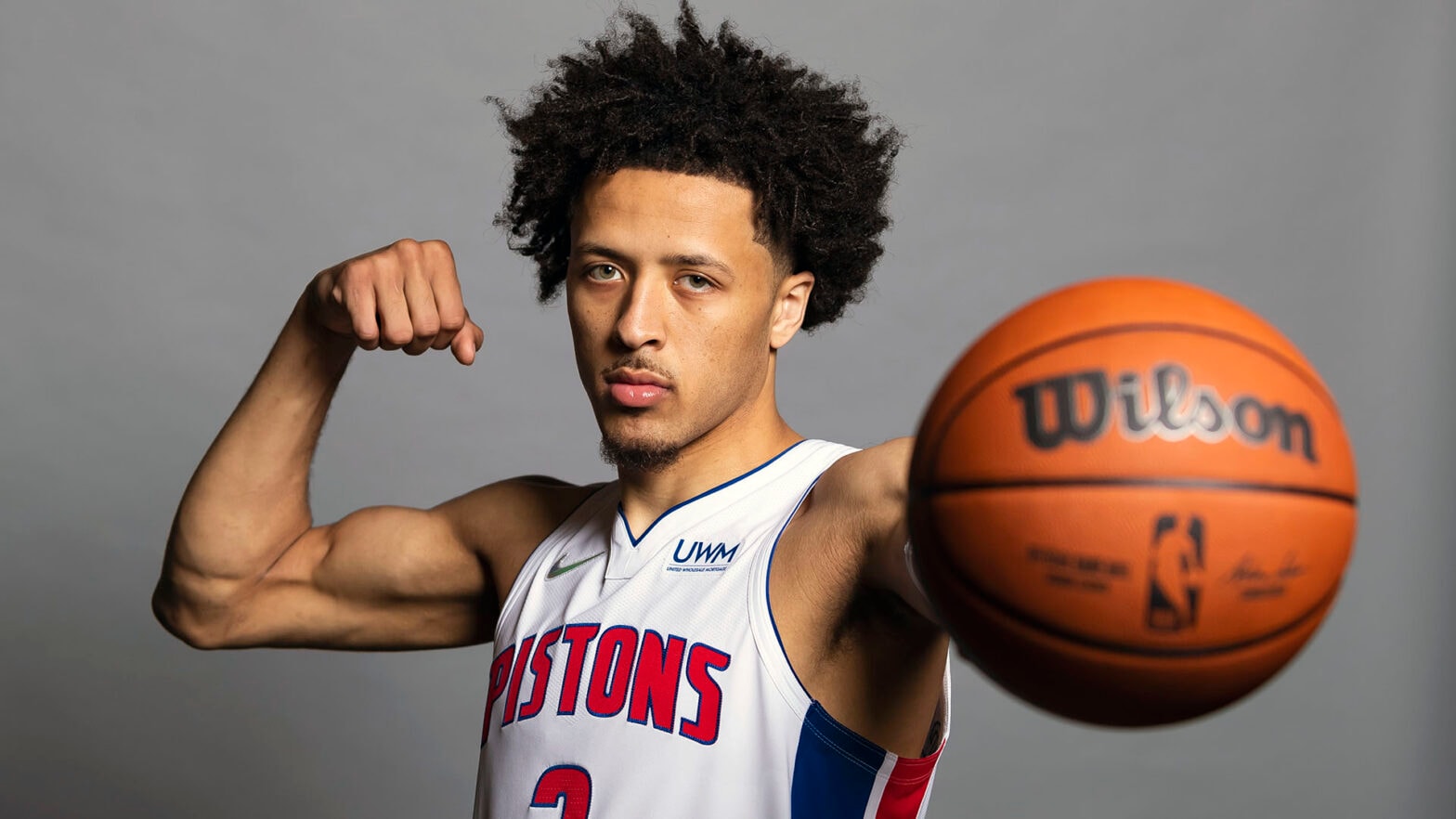 Cade Cunningham will have plenty of opportunities to shine on the rebuilding Pistons.

After failing to return to the NBA Finals in 2020, Heat boss Pat Riley reloaded in Miami and suddenly the Heat once again are feeling frisky. The team president added a pair of tough-minded and championship-proven veterans with Kyle Lowry and PJ Tucker to add intrigue to the chase for Eastern supremacy.

Who’s the early favorite for Kia MVP? Or rather: Who’s turn is it to win?

Expect the usual suspects to be in the mix: Curry, LeBron, Kevin Durant, Giannis Antetokounmpo. But much like last year when Jokic was a semi-surprise first-time winner, maybe someone will emerge from the shadows. In that case, watch out for Luka, Joel Embiid, maybe Jayson Tatum or Donovan Mitchell.

Both the East and West are top-heavy with teams that can reasonably stake a claim to a title shot, while a handful of others — Memphis with Ja Morant, for instance — are poised to make a statement about their future. This is one of those years where you pray for perfect health, as unrealistic as that might be in today’s game. If the NBA is blessed in that regard, the postseason and Finals are all but guaranteed to be epic.

Every season is the same in that it offers something that separates it from the previous one. It could be a historic play, or team, or the emergence of a transcendent player, the unexpected unraveling of a powerhouse, the introduction of a trend, or whatever. That’s why the NBA is still going strong at 75. It’s either an event or a game or a moment that we’ve never seen before, or rarely see, which keeps the game evolving and trending.

And so: 75 years from now when LeBron’s career finally starts winding down and it’s time to reflect on the league’s 150-year past, what do you suppose historians will make of this season?