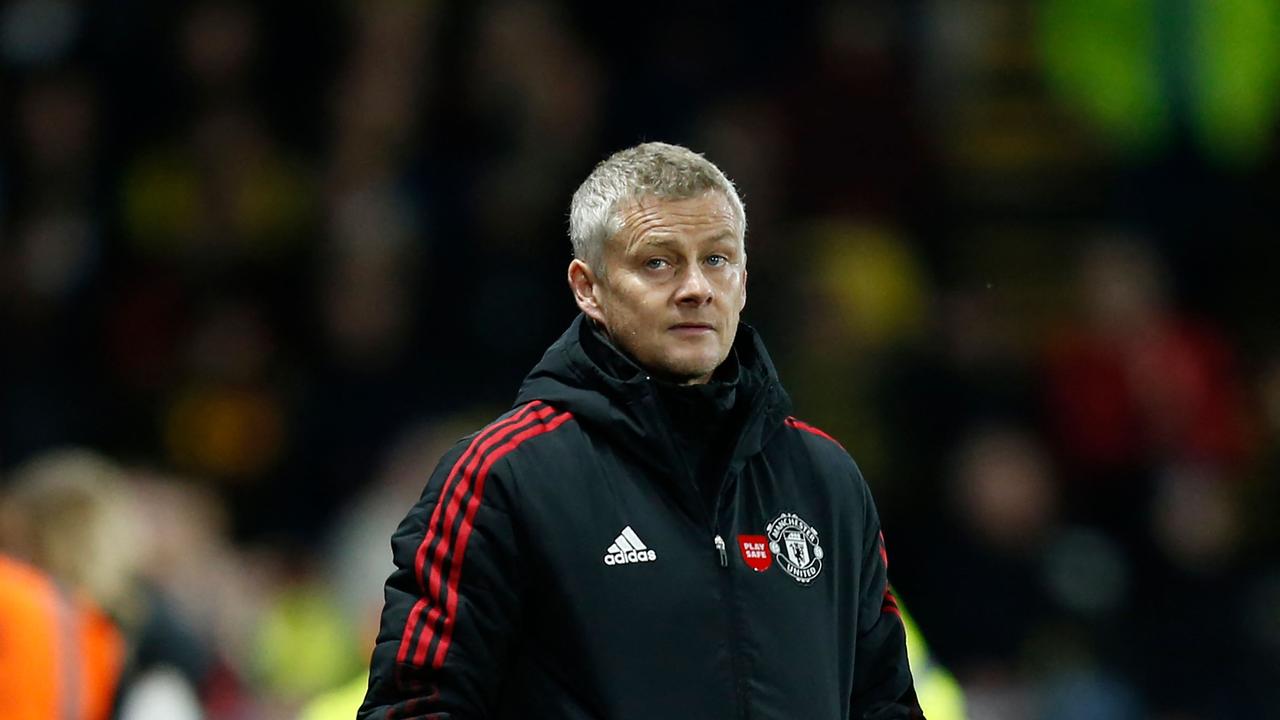 Ole Gunnar Solskjaer is clinging to his job as Manchester United manager after a 4-1 thrashing at Watford on Saturday as Chelsea cruised to victory at Leicester to stretch their Premier League lead to four points.

Liverpool moved up to second by ending Arsenal’s 10-match unbeaten run with ease, winning 4-0 at Anfield, while former Reds captain Steven Gerrard got off to a winning start as Aston Villa boss thanks to two late goals to beat Brighton 2-0.

Solskjaer has clung onto his job despite a run of just one win in seven Premier League games to slip to seventh, 12 points adrift of the leaders.

United’s hierarchy has remained loyal to Solskjaer despite intense pressure in recent weeks to make a change.

But their resolve looks to have been ended by another miserable performance with reports that a board meeting on Saturday evening will bring Solskjaer’s three-year reign to an end.

Watford could even afford to miss an early penalty twice as David de Gea saved from Ismaila Sarr and Kiko Femenia’s follow-up from the first spot-kick was ruled out for encroaching.

Joshua King and Sarr struck before halftime to give the Hornets a deserved 2-0 lead.

Solskjaer responded by introducing Donny Van de Beek at halftime and his refusal to give the Dutchman more opportunities will be questioned after he made an instant impact to turn home Cristiano Ronaldo’s header across goal.

However, just as the visitors were building momentum, captain Harry Maguire’s miserable season suffered another setback when he was sent off for a second bookable offence.

“Sometimes you’ve got to say ‘Sorry’,” said Solskjaer, who held his hands up in apology to the travelling fans at full-time. “I feel for the fans and I feel the same as them.”

Liverpool swat Arsenal aside with ease | 00:46

The gulf between United and the title contenders was exposed by brilliant performances from Chelsea and Liverpool.

Chelsea toyed with Leicester as Antonio Rudiger’s header opened the scoring at the King Power before N’Golo Kante came back to haunt his old side with a brilliant run and strike from the edge of the box.

Substitute Christian Pulisic put the seal on a brilliant all-round performance and 3-0 win for the European champions, who also had two goals ruled out for off-side.

“It’s a good away game, an excellent result,” said Chelsea boss Thomas Tuchel. “We knew we needed to be strong from first to last minute. This is what we did.”

Arsenal travelled to Anfield full of confidence having not tasted defeat since August.

But the Gunners were blown away after Sadio Mane’s header opened the floodgates six minutes before halftime.

Diogo Jota, Mohamed Salah and Takumi Minamino all struck in the second half as Liverpool bounced back from their first defeat in 26 games before the international break at West Ham.

“We were all over them — they were just seeing red blurs all over the place,” said Liverpool right-back Trent Alexander-Arnold. “That second half was outstanding.”

Gerrard got off to a dream start at Villa Park as his new side moved four points clear of the relegation zone.

Newcastle slipped to the bottom of the table in the absence of their new boss Eddie Howe, who tested positive for coronavirus on Friday, as the Magpies were held 3-3 at home by Brentford.

Norwich also got a bounce from a new manager as they moved off the foot of the table in Dean Smith’s first match in charge thanks to a 2-1 win over Southampton.

Che Adams put the Saints in front, but Teemu Pukki and Grant Hanley lifted the Canaries to within three points of safety.

Burnley remain rooted in the bottom three after another six-goal thriller at Turf Moor ended 3-3 with Crystal Palace.

West Ham missed the chance to move into second as Raul Jimenez scored the only goal in a 1-0 win for Wolves at Molineux.

‘Maybe we must remind UEFA who Real Madrid are’ – Florentino Perez on Super League – Eurosport.com
Men’s Basketball Edged at Battle on the Beach – UTRGV Athletics