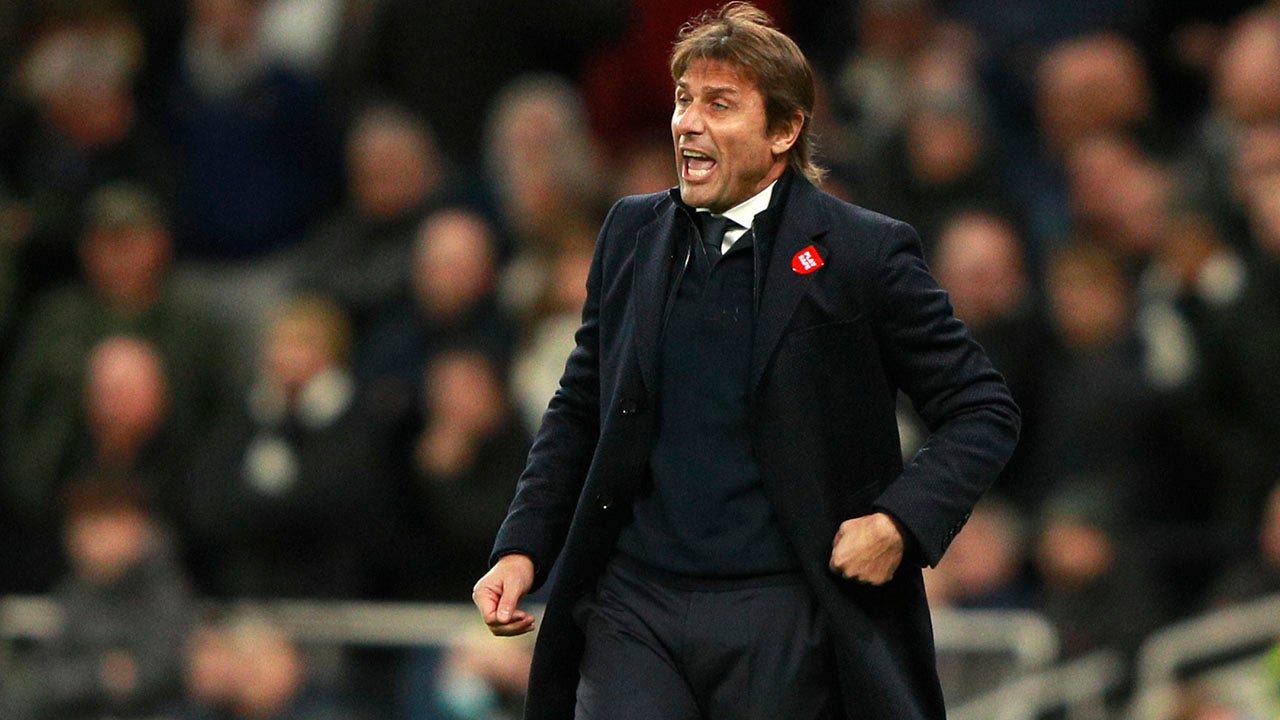 The boos rang out as Tottenham’s players left the field after going a sixth straight half of play in the Premier League without a shot on target.

His team trailing 1-0 and being outplayed at home by an injury-hit Leeds, it likely dawned on Antonio Conte that he had a bigger job on his hands at Tottenham than he might have imagined.

The Italian’s halftime team talk made all the difference.

Tottenham came out with much more intensity and delivered a second-half performance more in its new manager’s image as goals by two unlikely sources — Pierre-Emile Højbjerg and Sergio Reguilon — secured a 2-1 win on Sunday.

In the earlier game, Manchester City swept past Everton 3-0 to move back to second place, three points behind Chelsea.

It was a first league win under Conte since the Italian replaced Nuno Espirito Santo as Tottenham manager before the international break. His renowned passion was evident in the final minutes as he whirred his arms, urging fans to get behind the players to see out victory.

They did, and Spurs climbed to seventh place — above Manchester United, which plunged even lower in the standings on the day it fired manager Ole Gunnar Solskjaer after a string of humiliating results.

Conte was once linked with potentially replacing Solskjaer at United but he has ended up at Tottenham and has yet to lose, having started with a win in the Europa Conference League and a 0-0 draw at Everton in the Premier League.

“At halftime, the players showed me they could win this game,” Conte said.

Man City’s main creative threat this season is coming from a defender.

Portugal full back Joao Cancelo set up five goals in two games for City before the most recent international break and he was at it again against Everton, providing a sumptuous outside-of-the-boot pass for the 44th-minute goal by Raheem Sterling that set up a routine win at Etihad Stadium.

If that got City fans excited, Rodri’s thunderbolt from 30 meters (yards) in the 55th was another moment to get them off their seats. Bernardo Silva added a third goal in the 86th.

It was a solid response by City to big wins by title rivals Chelsea (3-0 at Leicester) and Liverpool (4-0 at home to Arsenal) on Saturday and achieved without key players like Ruben Dias, who was rested, and Kevin De Bruyne, who is isolating after contracting the coronavirus.

Leeds was a revelation in its first season back in the Premier League with its high-energy approach and penchant for scoring and conceding lots of goals under Marcelo Bielsa. The second season is proving much harder.

After 12 games, Leeds is one place above the relegation zone after just two wins so far and the list of absentees in Bielsa’s thin squad is a huge concern.

Star striker Patrick Bamford and long-serving defender Luke Ayling have been missing for a couple of months, while Bielsa was also without Brazil winger Raphinha and Spain striker Rodrigo against Tottenham because of illness and injury, respectively.

Leeds still managed to stop Tottenham having a shot on target in the first half by keeping possession well, and pinched a goal on the break before halftime through Daniel James.

However, Hojbjerg’s scruffy equalizer in the 58th was followed by a close-range finish in the 69th from Reguilon, who followed up Eric Dier’s deflected free kick that came back off the post.